A parachute jump was considered a feat, say, 70 years ago, not even a century back. Half a century ago, a long delay jump served as an amazing demonstration of your skydiving tri

Several decades ago, skydiving took this development path, and it seemed, the higher you got, the more complicated things got. But in 2012, Felix Baumgartner made a jump from the stratosphere, effectively cutting off any speculations about new records.

Some day space tourists will be jumping directly from the ISS (and then from the Moon), but for the time being, we still need to apply the planetary categories. The reasoning chain is easy to follow: if all of the imaginable parachuting records have been set and broken, then you need to consider jumping with no chute. 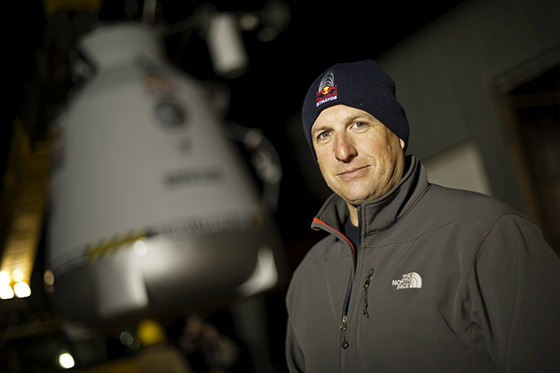 This jumper will take the parachute, though, in case of emergency. However, the original plan is for Luke Aikins to land using only his wingsuit.

The event will be traditionally sponsored by Red Bull. This is no coincidence: Luke Aikins worked directly as a consultant with the Red Bull Stratos team, acting as a vital aspect in the Baumgartner record. Aikins was born and raised on an airfield, as journalists put it—he was born into a family of parachute jumpers and had no other choice but follow into his folks’ footsteps. Over the years he has amassed over 16,000 jumps, while also establishing himself as a skilled BASE and swoop jumper, and completed a course to become a private pilot.

Luke was responsible for media relations for the Baumgartner jump, but he is also one of the safety and training advisers for the USPA, and helped in creating the Red Bull Aces wingsuit event, an annual happening that looks more like aviation slalom than a regular skydive show.

However Luke is now looking to emerge from the background and place himself at the center of another ambitious Red Bull project, by making a jump from 25,000ft (7,620m), without the use of a parachute, in the project with the perfect title Heaven Sent.

A special landing platform has been installed with a 100x100 foot net, which will be suspended above the ground. In the first video teaser for the event, Luke goes on to mention that while the size of the net may seem large, from the point of exit, it would not even be visible. The project therefore relies heavily on his skills as a precision wingsuit flyer. 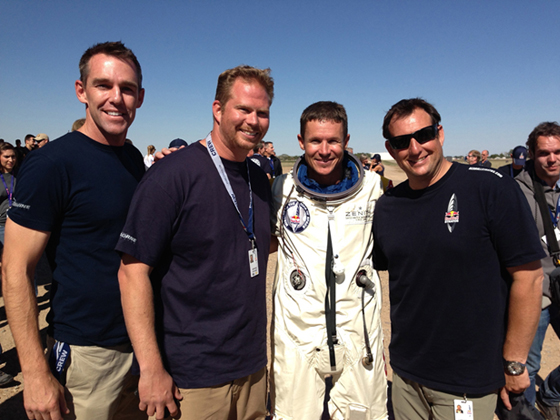 This will not be the first jump where a skydiver has exited the plane without a parachute. Apart with “close shave” cases, when paratroopers and pilots landed in snow piles, bushes, etc. we can think of the 2011 prank of motocross legend Travis Pastrana. He was sleeping on board a plane, woke up, gulped a can of energy drink and exited shirtless and chute-less. His two fellows followed him, though, and while one was holding his hands, the other one put a harness on him like the one used in tandem jumps to safely land.

A year later, Gary Connery famously landed in a wingsuit after jumping from 700 meters. They had to build a whole landing strip using cardboard boxes. In Japan, they have a cult of banzai jumps, when a skydiver exits with no chute, and his partner catches him with a parachute system and they put it on together.

However, the organizers of the Heaven Sent jump note that the big difference here is that there will be no one with Luke Aikins, and Luke will be exiting from more than ten times the height.